The Marketing Store’s MONOPOLY promotion at McDonald’s is back, doubling gameplay and fun, making it bigger and better than ever!

McDonald’s MONOPOLY — the UK’s biggest prize promotion — is back for its 16th year! The Marketing Store and McDonald’s are ramping up the excitement by giving customers even more of what they love with the new Double Peel from September 7 until October 18.

Customers have always loved the on-pack peel; however this year, instead of peeling to reveal a potential loss, Double Peel offers more chances to win, making this year’s MONOPOLY bigger and better than ever. The game transforms customers’ phones into a MONOPOLY gameboard, allowing them to collect their properties digitally. Players can still peel the label on their promotional food item for a potential Instant Win, but now they can also scan a property code to complete sets and win in the app or at http://mcdcollect.co.uk and progress with every peel. Every property banked offers players another chance to win.

Players will receive 1 of 4 outcomes from the Digital Peel: the Property Peel to add properties to their collection, the Prize Draws Peel for another chance to win, the Cash Peel with cash prizes between £5-£100, and the Community Chest Peel for instant win prizes such as must-have McDonald’s merchandise, menu favourites, and more!

And it gets better… both new and existing customers who are signed up to My McDonald’s Rewards will also receive a FREE code via email to play.

The Marketing Store developed the McDonald’s MONOPOLY Double Peel campaign strategy, game mechanic, visual identity, packaging, digital gameplay and language, including the campaign strapline ‘PEEL on pack, then PEEL in app’. As peeling is at the heart of the gameplay, the packaging features peeling devices to tempt, tease, and inspire consumers to get peeling. We also created a suite of peel assets that are being used in other media channels.

McDonald’s MONOPOLY Double Peel is supported by an above-the-line campaign developed by Leo Burnett, media planning and buying by OMD, experiential OOH activation from Leo Burnett, Red, and Tommy, and emails and push notifications were created by CRM agency Armadillo.

Emma O’Neill, Senior Brand Manager at McDonald’s, said: “By extending our popular MONOPOLY promotion at McDonald’s into a more immersive app experience, we’ve not only given customers additional ways to play, we’ve also built a wider, longer-term engagement in the game over the 6-week period – along with more ways to win. Doubling the fun for everyone.”

Stephen Bushe, Executive Creative Director, McDonald’s International, said: “This is not just the normal brilliant MONOPOLY we all know and love, McDonald’s MONOPOLY Double Peel is a real game changer. With its built-in fusion of physical and digital play, the new Double-Peel mechanic will, for the first time, take you from the pack to the app to continue playing, winning, and collecting, via our first ever digital peel and digital property collection wallet.”

Stephanie Storey, Group Account Director at The Marketing Store, said: “We set out to out-MONOPOLY MONOPOLY by inspiring customers to double down on what they love and brought it to life with a campaign that magnifies the double feel-good feeling of the peel in a fun and engaging way.”

This first appeared in: 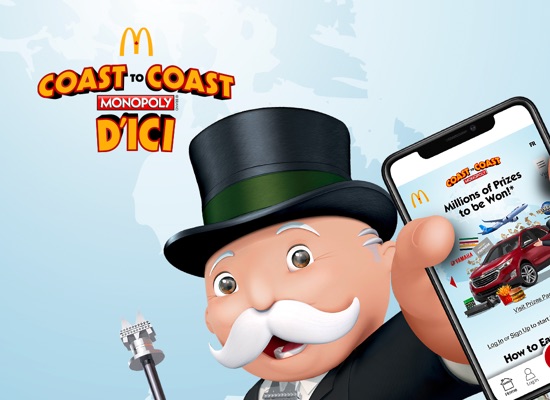 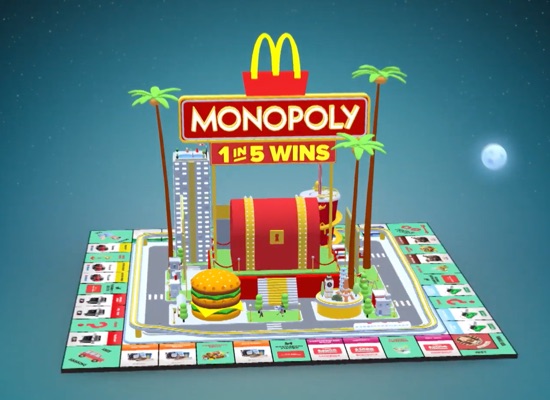