In recent years, gaming has quietly become one of the nation's favourite pastimes, allowing us to escape into immersive worlds, take on new characters, and most of all connect with friends.

As the nation's number one network, gaming offered a natural engagement opportunity for O2: facilitating great gaming moments for its Priority customers at a time when the nation needed it most. 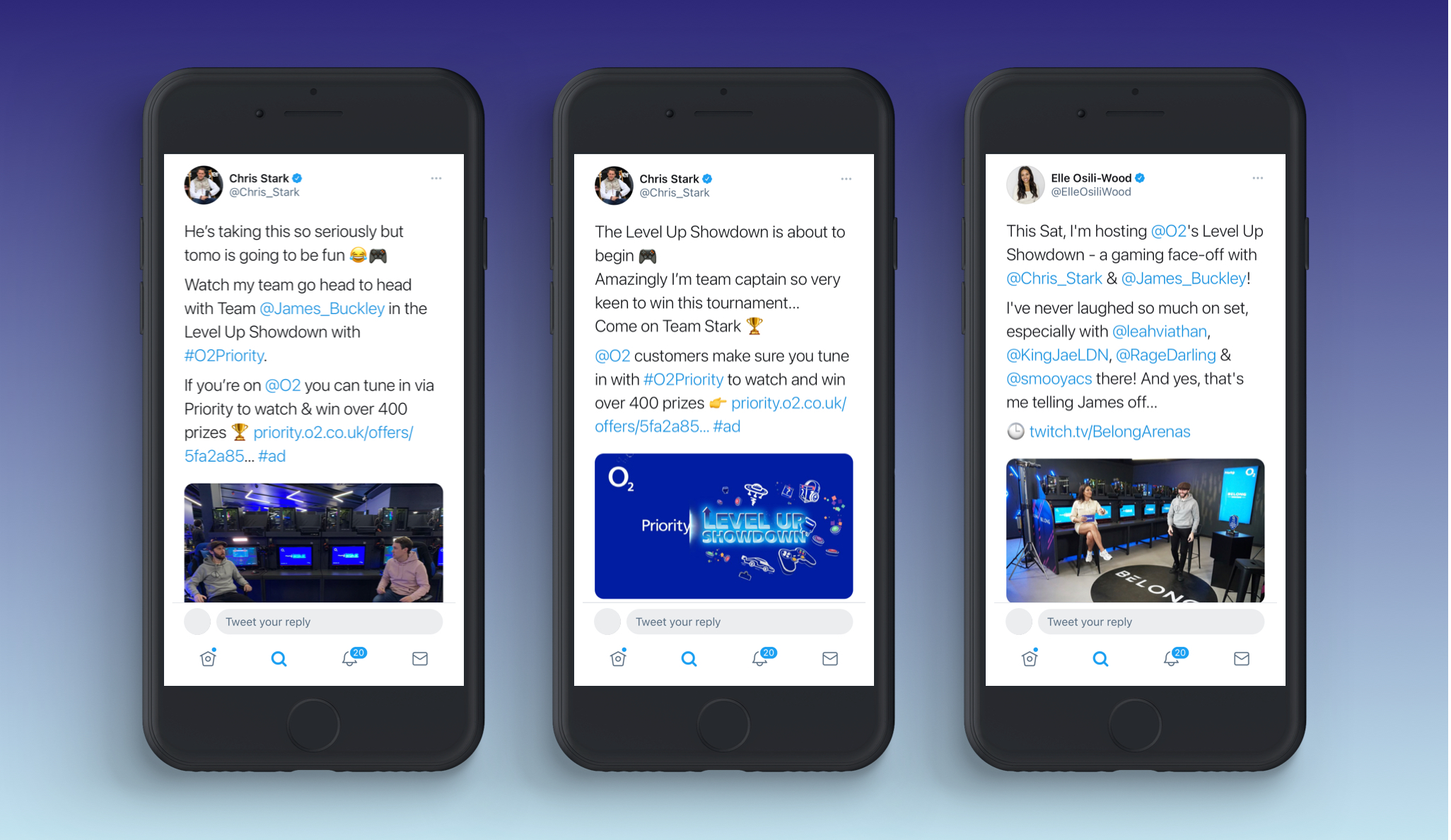 We developed ‘Level Up’—a campaign that appealed to esports enthusiasts and casual gamers alike with a diverse range of partners, tons of epic gaming experiences and more invite-only moments than they could shake their controllers at.

At the centre, our Partnerships team brokered a deal with Belong Gaming Arenas to create a socially distanced gaming tournament ‘The Level Up Showdown’. It featured two teams of the UK’s top gaming influencers captained by BBC Radio 1’s Chris Stark and former Inbetweener James Buckley, who went head-to-head in a gaming tournament featuring titles including Halo 3, Tekken 7 and Fall Guys.

The tournament was streamed live on Priority and Twitch with customers who tuned in via the Priority app able to win over 400 prizes as the action unfurled.

Our content was viewed over 1.8 million times, with over 1 million engagements. The Twitch stream of The Level Up showdown was viewed by 77,150 unique viewers on the weekend alone; more than the capacity of Old Trafford Stadium!

Most importantly, the campaign brought over 7000 new and 6000 lapsed customers into the Priority app. 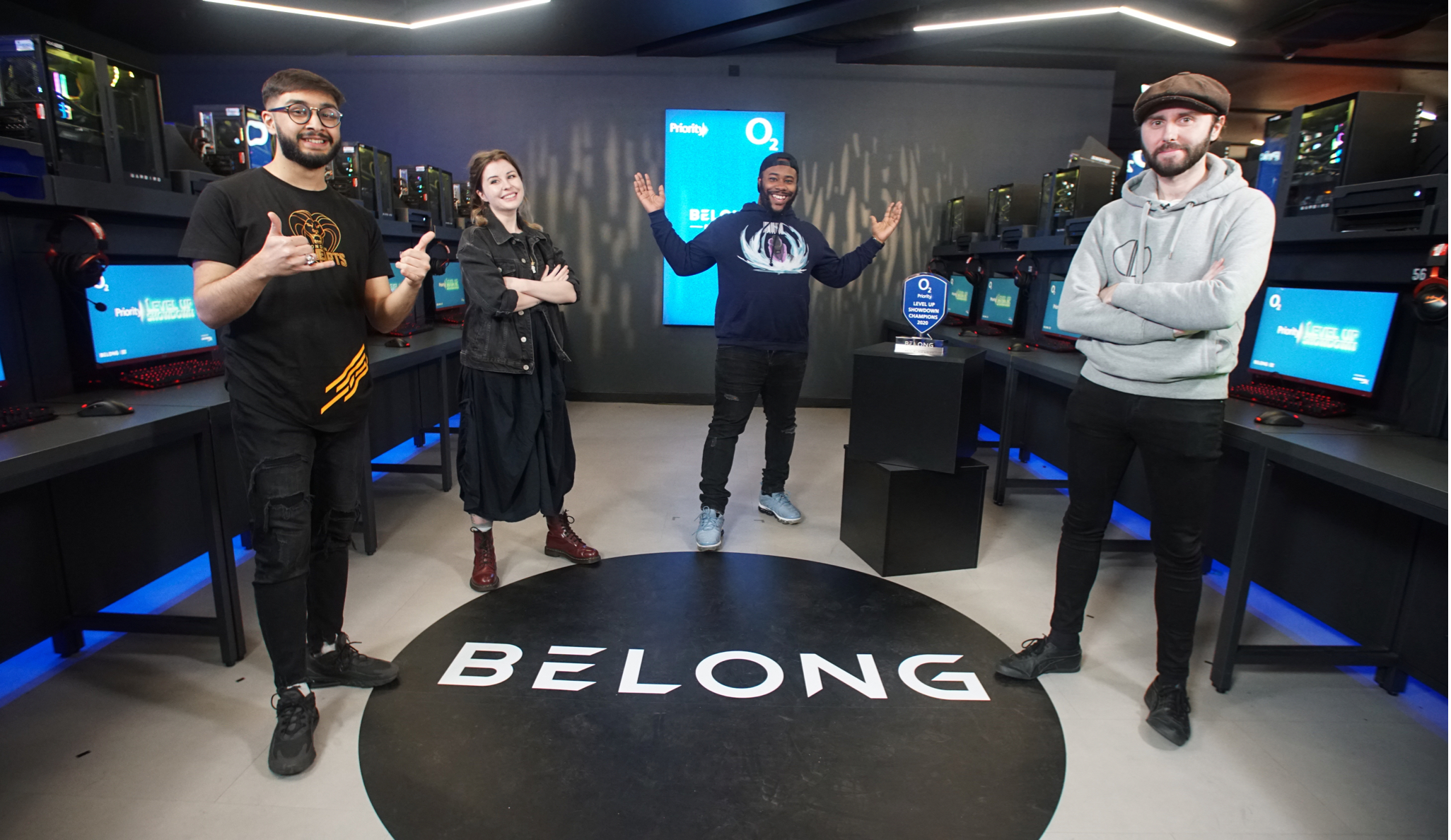